Recorded on tape cassette, using an old 20 quid realistic walkman with an internal mic bought from Tandy in 1989 …anyway, you get the picture, its not perfect, sound wise the music is ok, vocals are muted to say the least (there’s a jump in Take Your Time where side A of the tape runs out 😉 As far as I’m aware, this was the second time Spiritualized played Glasgow (1st time was 07-06-90 – also at King Tuts) and was memorable in that it was the first of appearance of Kate Radley playing keyboards. I also remember they also had lots of colourful lights and they presented as more rehearsed than when they played King Tuts the previous year – actually more ambitious is a better way to describe it, with more thought put into both the music and the presentation of the show. Also managed to get a set list, picture included. There’s an alternate set written on the back of the one they went with…alternate set teasingly ends with 200 bars. Finally, I also remember buying the 7inch single for 4 quid from the t-shirt guys, the dude selling it date stamped the sleeve and told me that this made it instantly double in price and very collectable! It’s a miracle this recording still exists, what with moving flats, and black bags full of tapes(inc this one) sitting in cupboards for years , finally transferred in 2006. 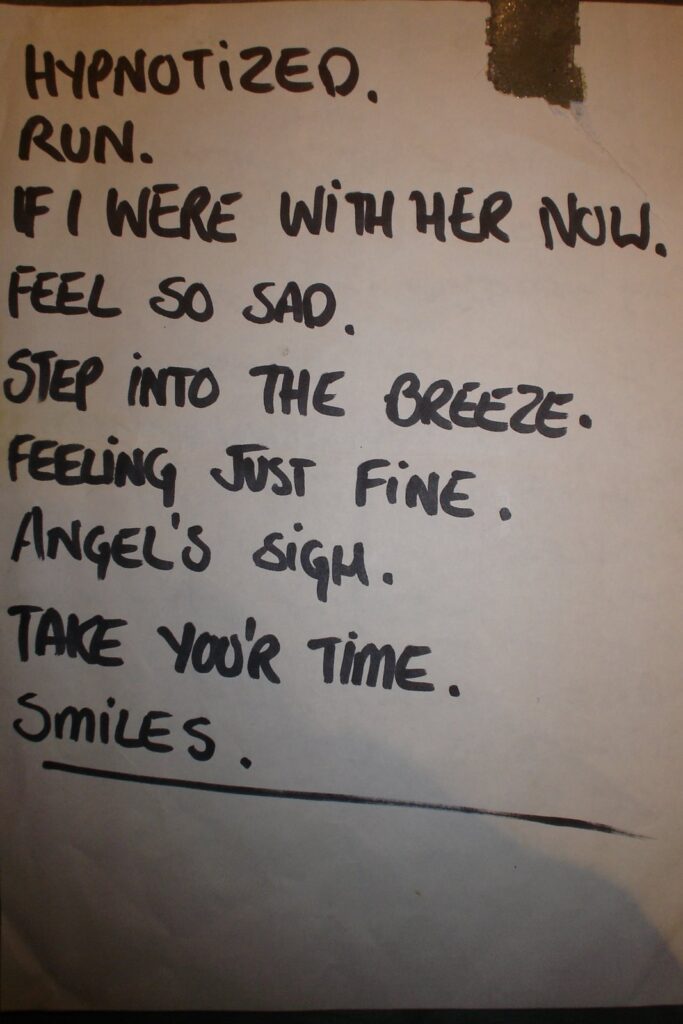 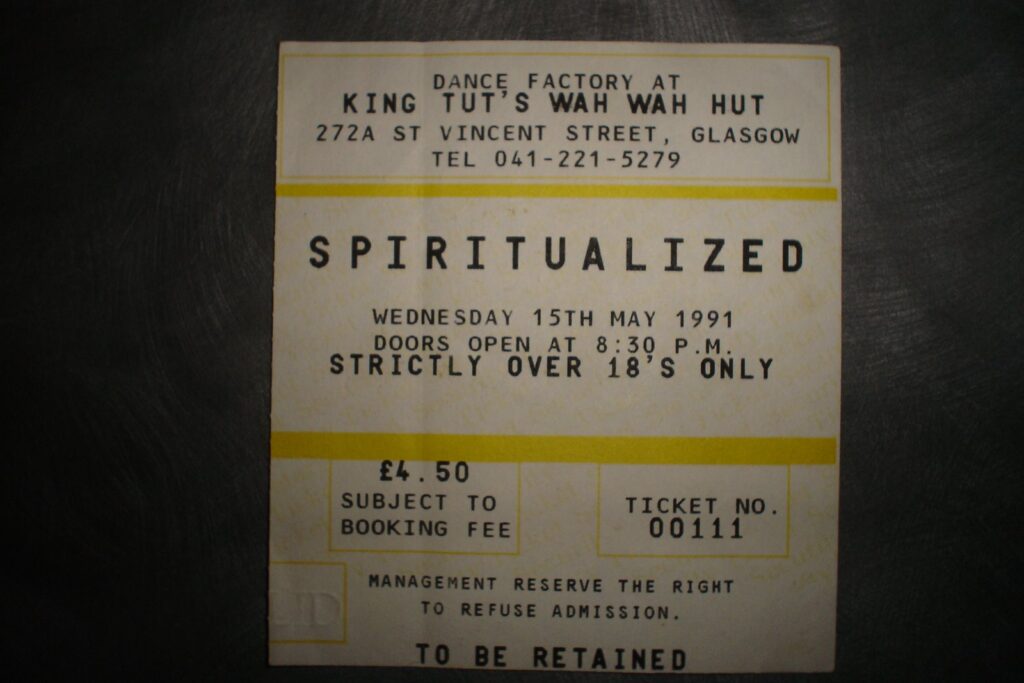 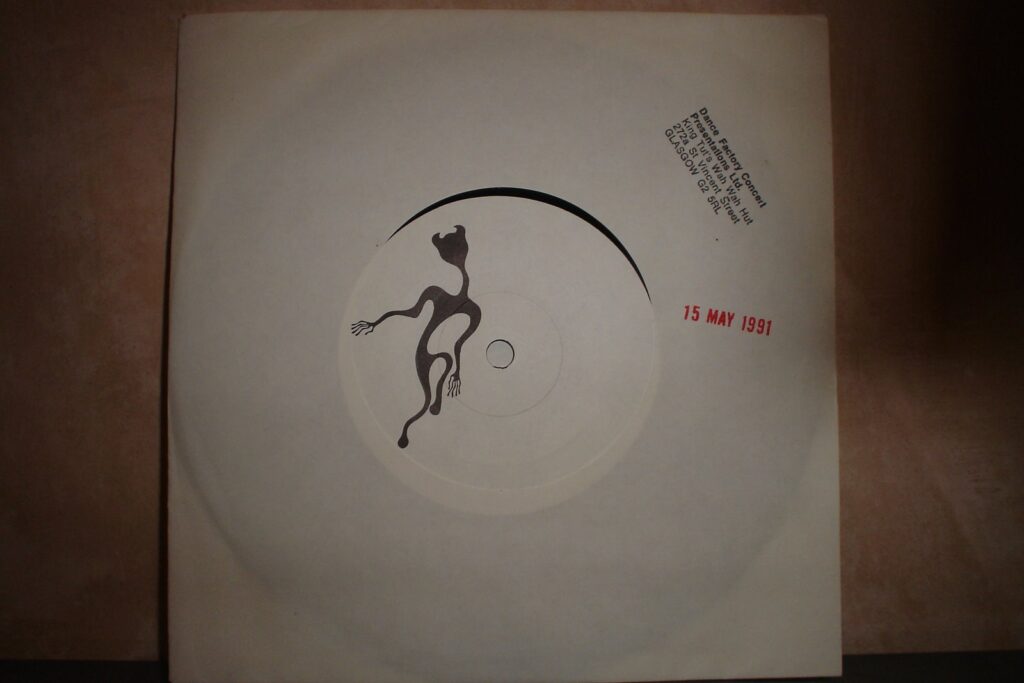 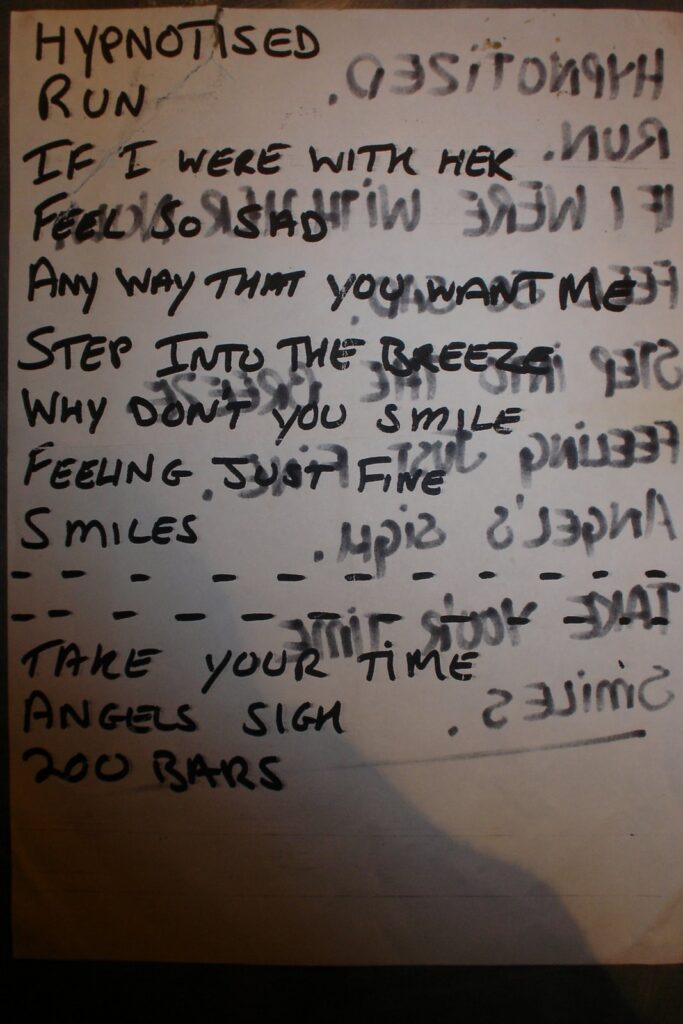