In two exclusive dates for Vivid LIVE at Sydney Opera House, renowned English outfit Spiritualized will perform their legendary album Ladies and gentlemen we are floating in space in its entirety, with front man Jason Pierce AKA J.

Spaceman accompanied on stage by over 30 musicians, including an orchestra of strings and brass, a 10-strong gospel choir and a six-piece band.

When it was released in 1997, Ladies and gentlemen we are floating in space, was lauded as both a magnum opus and a grand oddity. The space-rock masterpiece, which charted the highest highs and the lowest lows of the human condition via the band’s trademark hypnotic minimalism, beat Radiohead’s OK Computer and The Verve’s Urban Hymns for the title of NME Album of the Year.

What many hail as the best British rock record of the last 20 years is even more impressive in its live incarnation. In this extravagant production, the power of the arrangements and the soaring symphonic imagination behind them shine fresh and free and new. Spiritualized, as acknowledged in its name, has always drawn on gospel, devotional hymns and soul music in creating its shimmering blissed-out sound.

It is entirely fitting that Pierce brings this epic production to Sydney Opera House, having performed it at London’s Royal Festival Hall, New York’s Radio City Music Hall and on the side of Iceland’s infamous volcano that wreaked havoc with world travel last year. It was while performing at the All Tomorrow’s Parties festival at Sydney’s Cockatoo Island in 2009 that it was suggested he perform the album live in its entirety.

Vivid LIVE is part of Vivid Sydney, the city’s annual festival of light, music and ideas and will run from May 27 – June 5. Vivid LIVE features an astounding line up of local and international artists curated by local music industry legend Stephen ‘Pav’ Pavlovic.

Spiritualized will open the festival with the first of their two concerts on May 27. Also performing in Vivid LIVE is the legendary, multi Grammy Award winning Sonny Rollins, hip-hop collective Hypnotic Brass Ensemble, indie kids WU LYF, The Avalanches, Cut Copy and the cult children’s show that adults love, Yo Gabba Gabba. 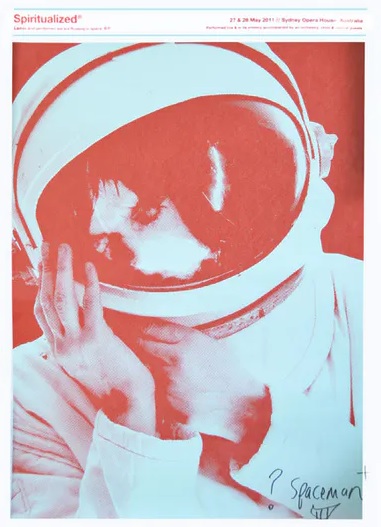